For this assignment, you are going to develop an application for visualization of a network of planar connections between 10 colleges in Virginia. The application uses a database of connections between colleges and the distances in between. By querying this database, the application creates a list of colleges as nodes and a list of connections between these colleges. The user can select a college from a list box or a radio button on the map to display the incoming and outgoing arcs listed in a tree view object. The list box is synchronized with radio buttons that represent each college on the map (the synchronization code is provided). A screenshot of the application is provided at the bottom. Follow the instructions below to complete the assignment: 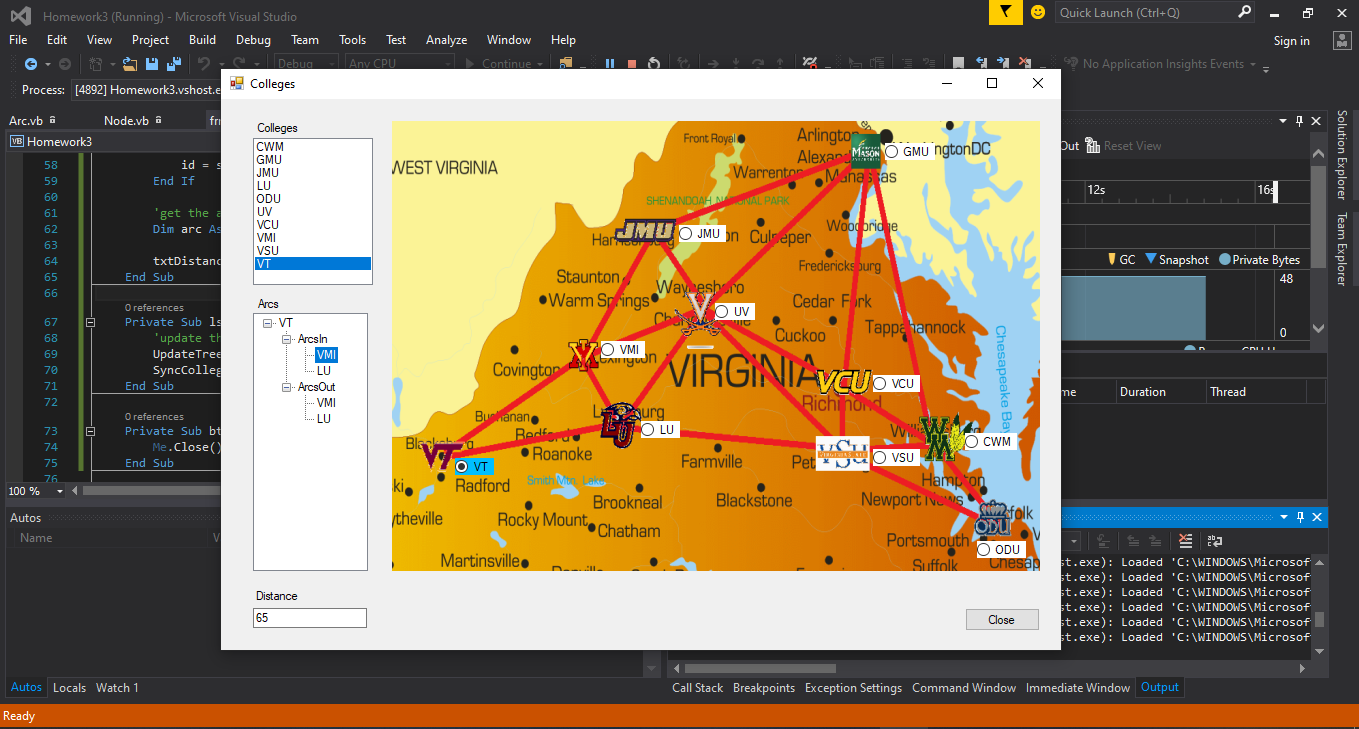 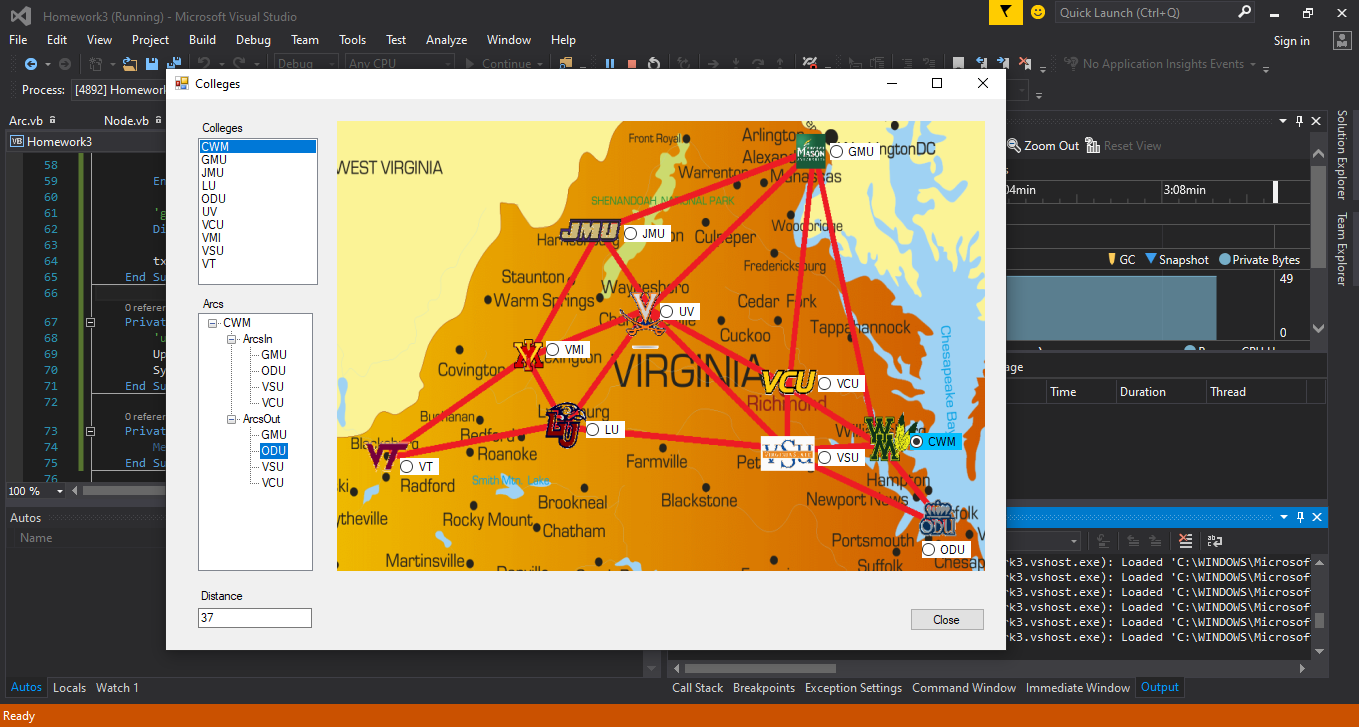 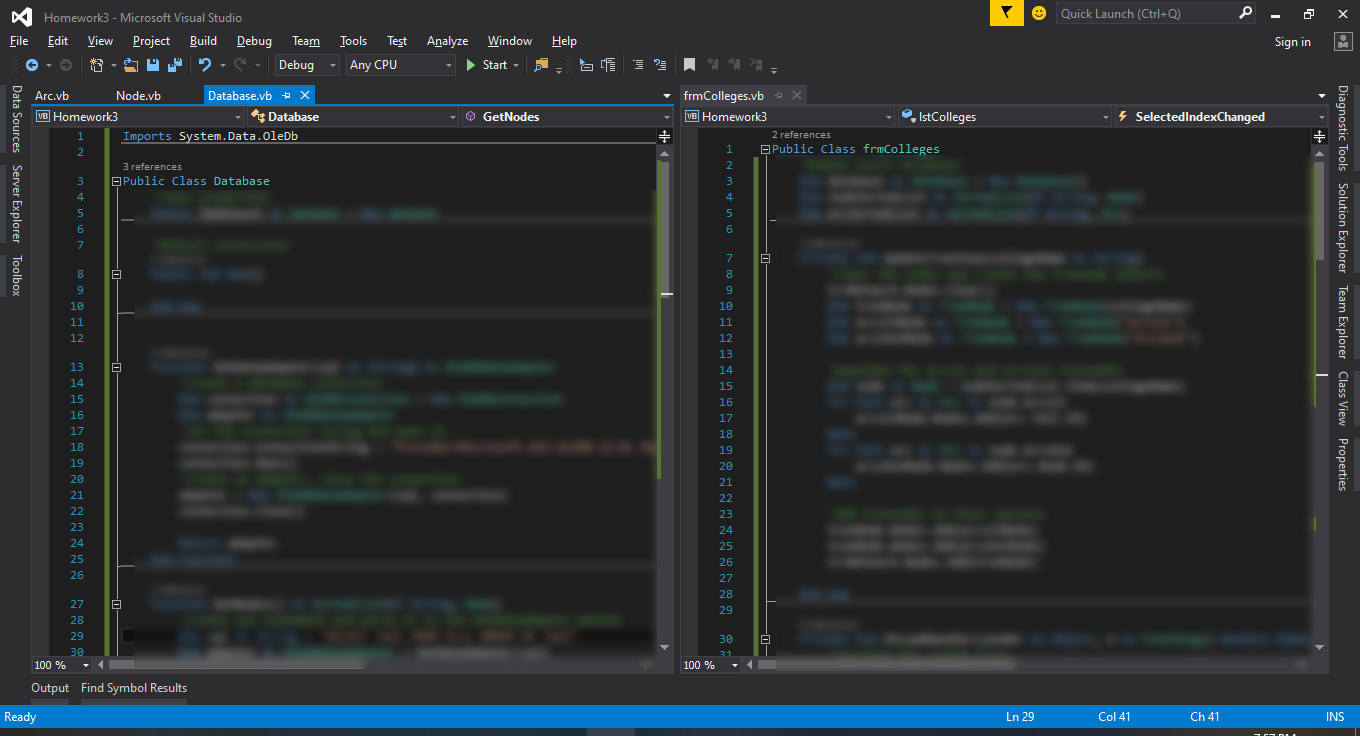