Create an application class named LetterDemo that instantiates objects of two classes named Letter and CertifiedLetter and that demonstrates all their methods. The classes are used by a company to keep track of letters they mail to clients. The Letter class includes auto-implemented properties for the name of the recipient and the date mailed. Also, include a ToString() method that overrides the Object class’s ToString() method and returns a string that contains the name of the class (using GetType() ) and the Letter ’s data field values. Create a child class named CertifiedLetter that includes an auto-implemented property that holds a tracking number for the letter.

This assignment has been answered 6 times in private sessions. 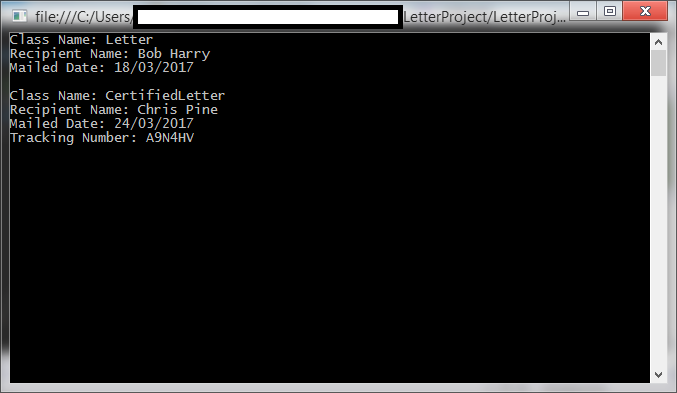