- Create a new form named frmClientAnalysis with Text property as “Client Analysis”. Add a panel object to it and dock it at the top of the form using the Dock property in the Properties window. Adjust the height of the panel so that it does not take too much space on the form. Add two radio buttons on this panel and name them rdoCostRevenue and rdoProfitMargin with the Text properties “Cost and

Revenue” and “Profit Margin”, respectively. Add a Chart object to the form below the Panel object and

dock it in the parent container. Name the Chart object as chrClientAnalysis.

click on rdoCostRevenue to create the CheckedChange event handler. In this event handler, call the sub Show Series. Repeat the same with rdoProfitMargin.

- Create a button on frmDashboard called btnClientAnalysis with the Text property “Client Analysis”.

Double-click on this button to create its Click even handler. In this even handler, call the sub

- In the design view of frmMain, under the top-level menu item called “Analysis” and below the sub- menu item “Staff Analysis”, create a menu item called “Client Analysis”. Double-click on this menu item to create its event handler. In this even handler, add an if-then structure to check if the call to DatabaseLoaded function equals true. Inside the if-then structure, create a variable of type frmDashboard and call GetForm with parameter “Dashboard” to assign to this variable. Call BringToFront sub of this variable followed by the ClientAnalysis sub of this variable. 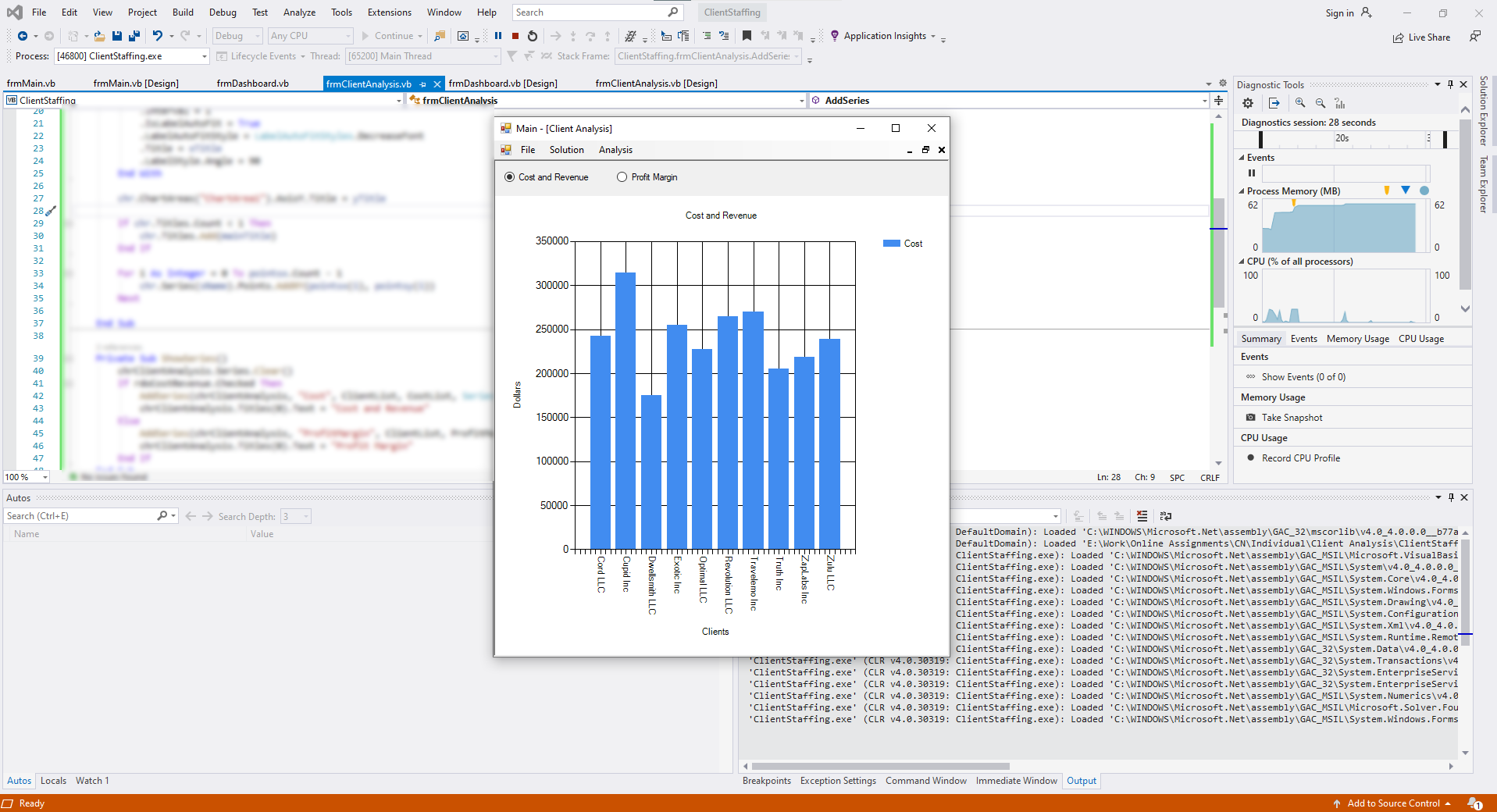 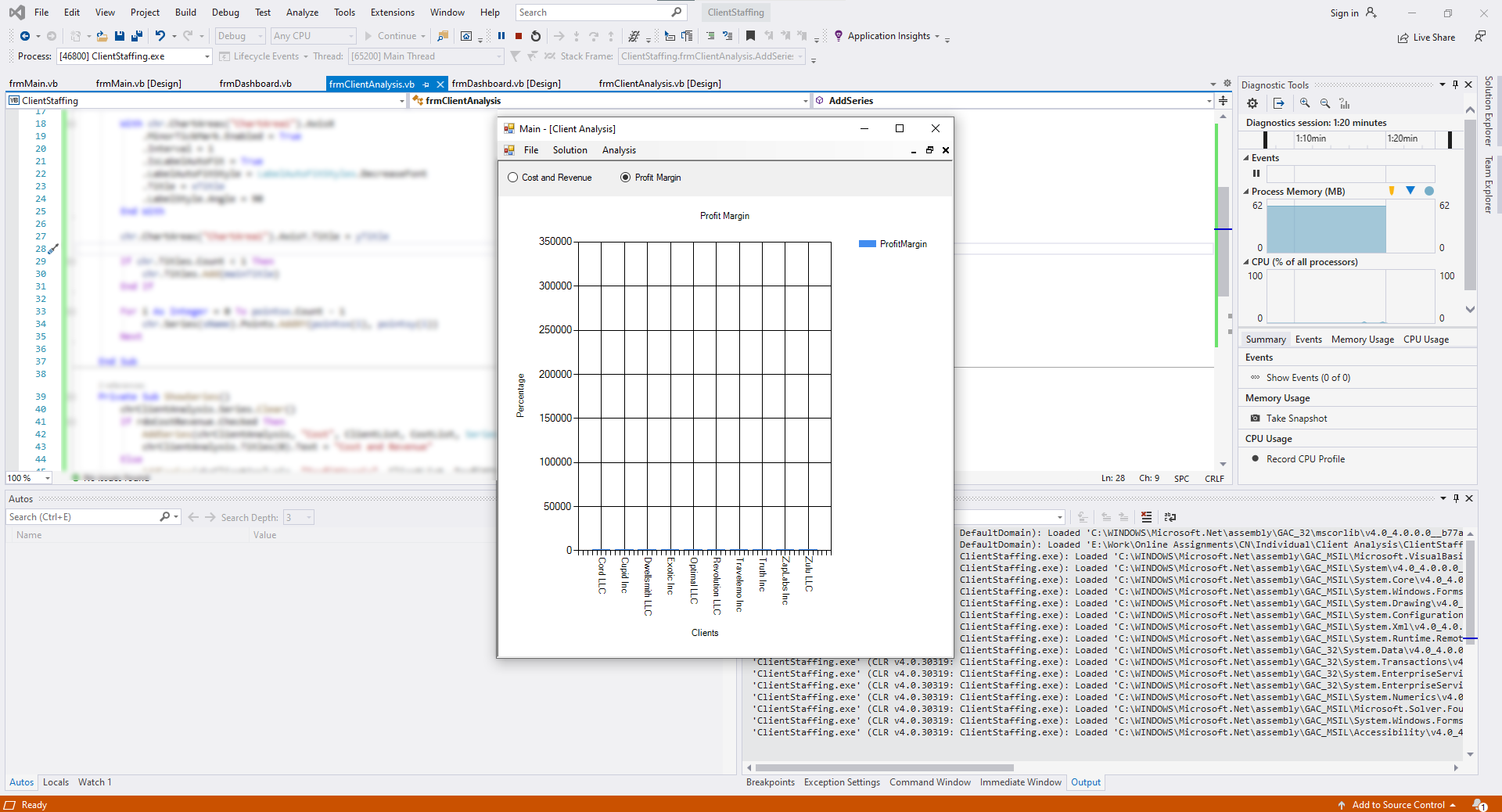 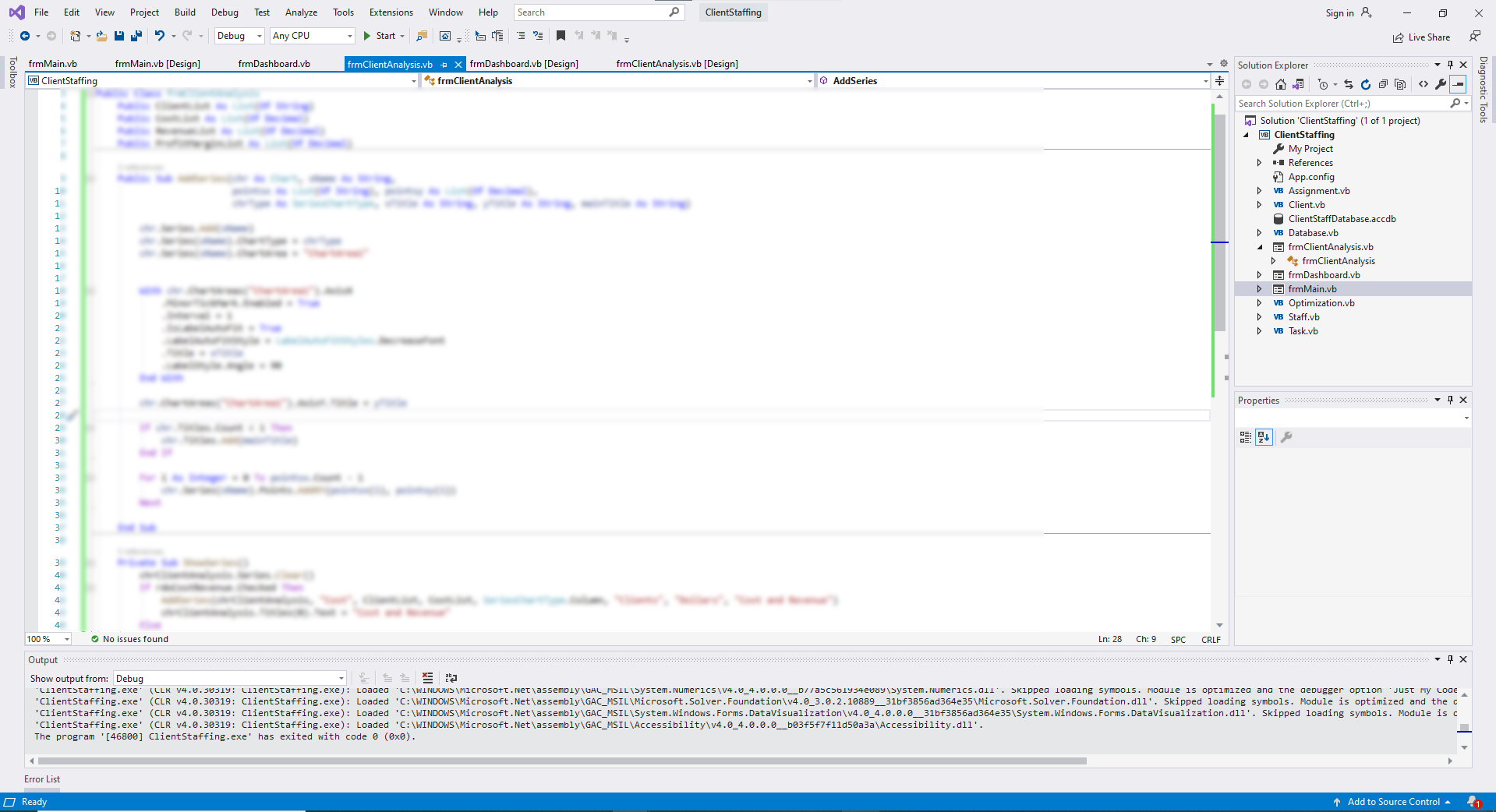