- Create a new form named frmStaffAnalysis with Text property as “Staff Analysis”. Add a panel object to it and dock it at the top of the form using the Dock property in the Properties window. Adjust the height of the panel so that it does not take too much space on the form. Add two radio buttons on this panel and name them rdoBudgetedCost and rdoIdleCost with the Text properties “Budgeted Cost” and “Idle Cost”, respectively. Add a Chart object to the form below the Panel object and dock it in the parent container. Name the Chart object as chrStaffAnalysis.

Declare a variable for staff class id as integer and assign the counter variable to it. Create a LINQ query over the values collection of StaffSList property of the class frmDashboard where the StaffClassID property of the query variable equals the staff class id variable. Create an inner for-each loop over the output of the LINQ query. In this inner for-each loop, declare a variable for budgeted cost as decimal and a variable for idle cost as decimal, and call the sub GetStaffCost with these two variables respectively.

- Create a button on frmDashboard called btnStaffAnalysis with the Text property “Staff Analysis”. Double-click on this button to create its Click even handler. In this even handler, call the sub StaffAnalysis. In the code page for frmMain, create a case called “StaffAnalysis” in the select-case structure inside UpdateFormSList, under this case, assign a new instance of frmStaffAnalysis to FormSList(formName). In the sub InitializeFormSList, include a line to add the key “StaffAnalysis” with value Nothing inside the With structure.

- In the design view of frmMain, create a top-level menu item called “Analysis”, under which add the menu item “Staff Analysis”. Double-click on this menu item to create its event handler. In this even handler, add an if-then structure to check if the call to DatabaseLoaded function equals true. Inside the if-then structure, create a variable of type frmDashboard and call GetForm with parameter “Dashboard” to assign to this variable. Call BringToFront sub of this variable followed by the StaffAnalysis sub of this variable.

This assignment has been answered 6 times in private sessions. 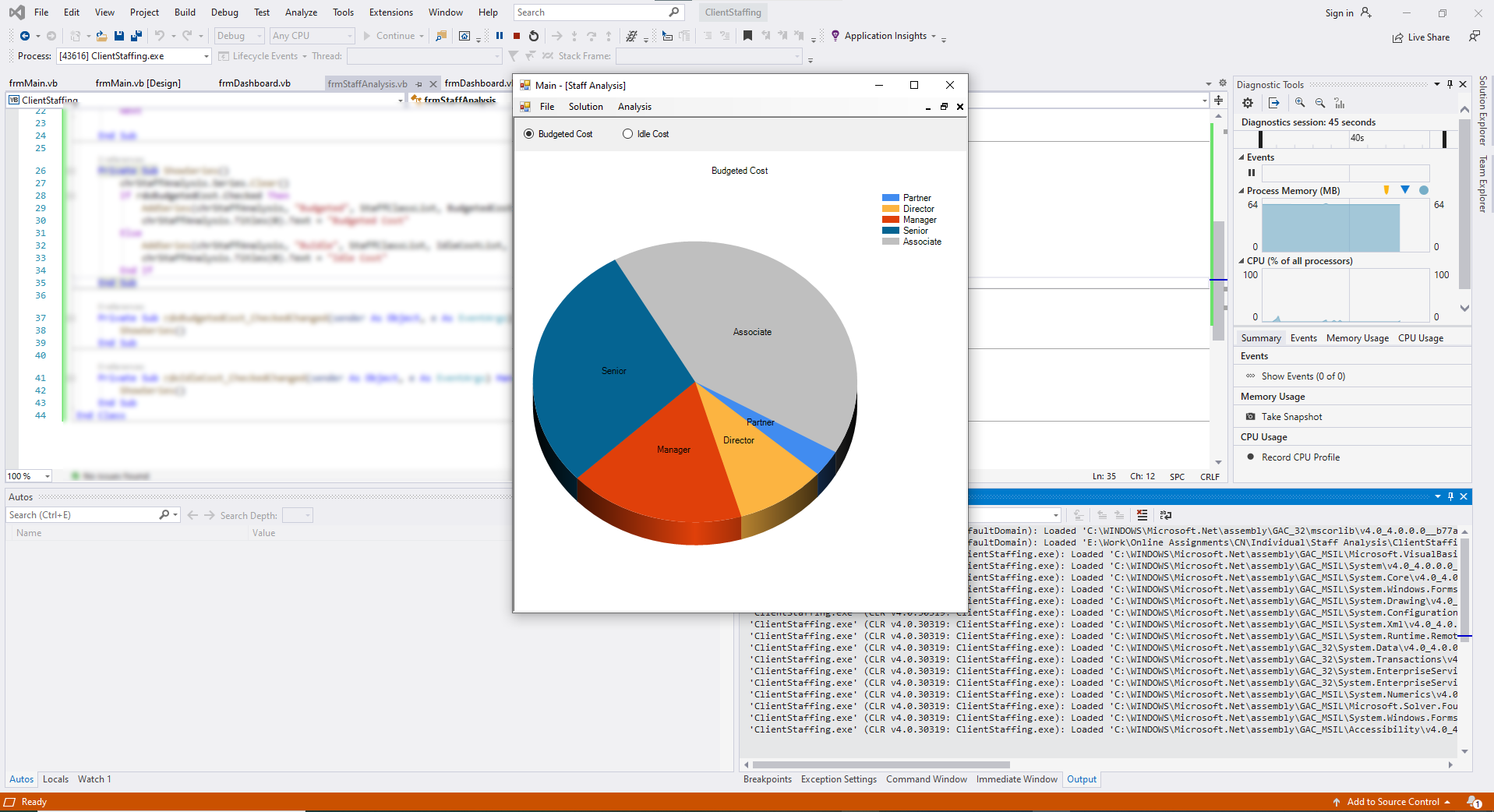 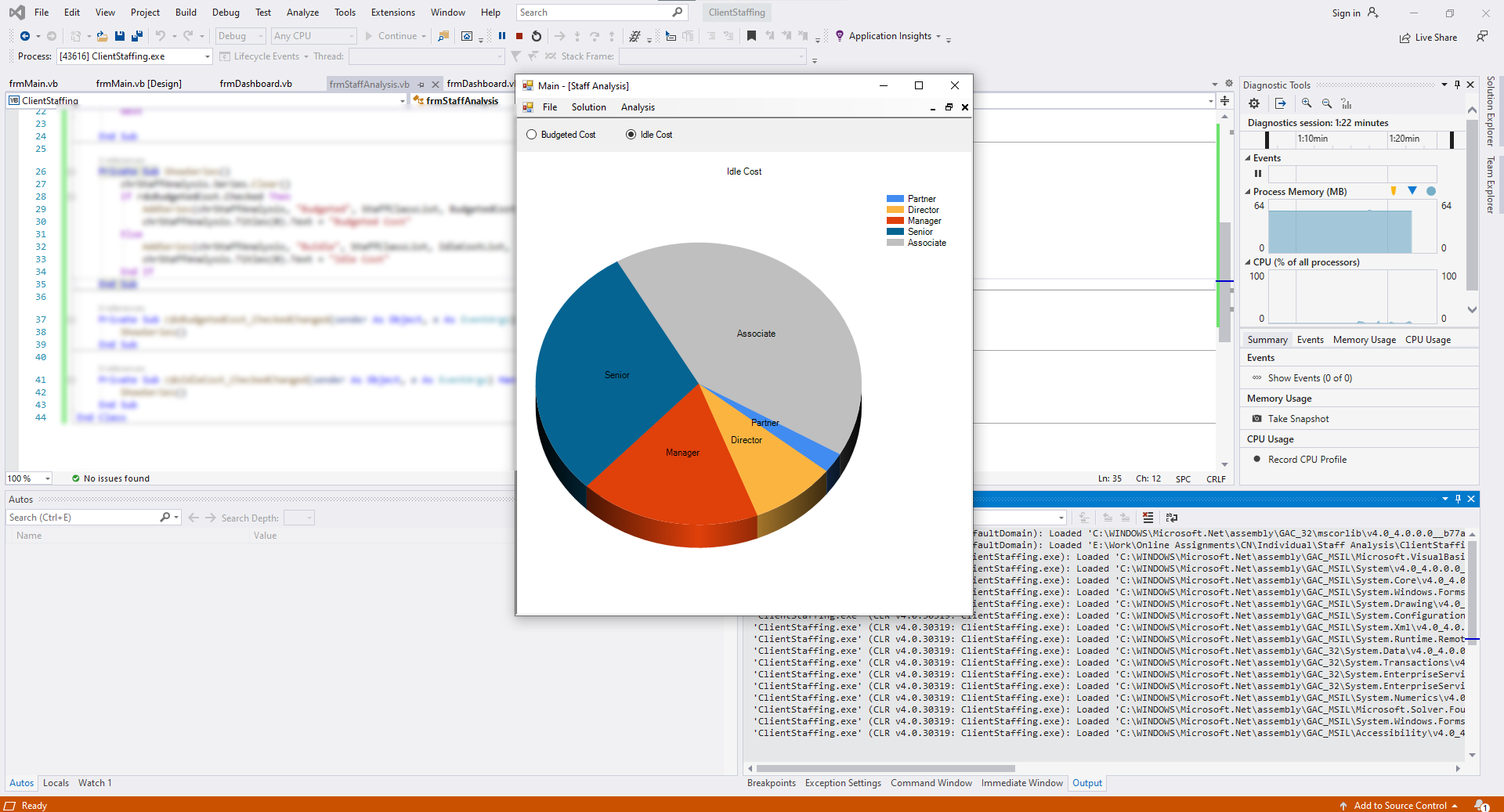 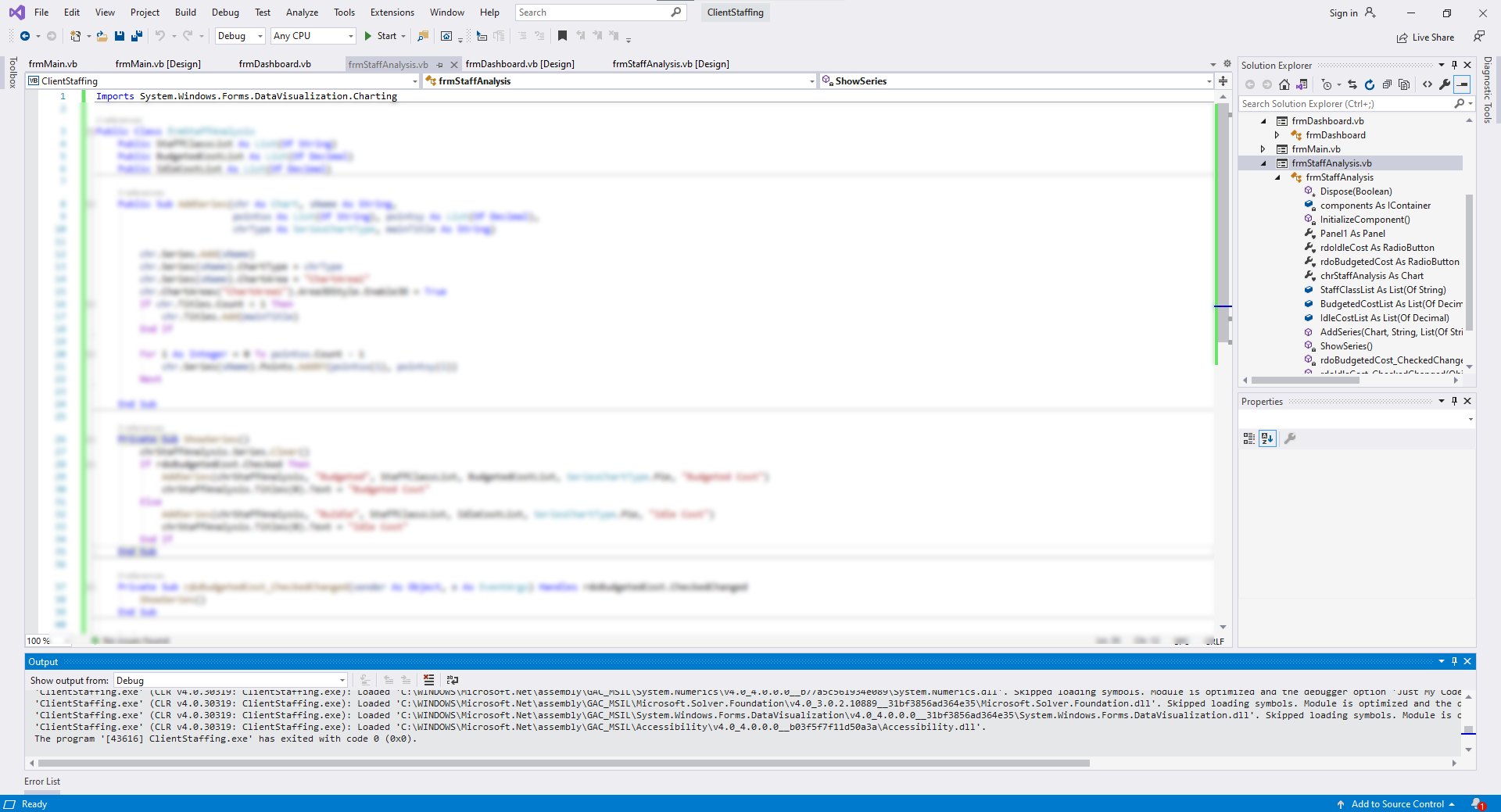