Create a class called Bulb that will represent a light bulb. It should have instance variables for the manufacturer (String), part number (String), wattage (int) and lumens (int) Get and Set methods should be included - Override the equals and toString methods from class Object .

Create a class called BuIbNode which has fields for the data (a Bulb) and next (BuIbNode) instance variables, include a one-argument constructor which takes a Bulb as a parameter. (For hints, see the PowerPoint on "Static vs. Dynamic Structures".)

The instance variables should have protected access. There will not be any get and set methods for the two instance variables. Create an abstract linked list class called BulbList. This should be a linked list with head node as described in lecture. Modify it so that the data type in the nodes is Bulb The no-argument constructor should create an empty list with first and last pointing to an empty head node, and length equal to zero. Include an append method in this class.

There will be an input file provided on Blackboard which contains information about bulbs, one per line, with the manufacturer, part number, wattage, and Jumens separated by commas, such as:

You can separate the four items using a StringTokenizer 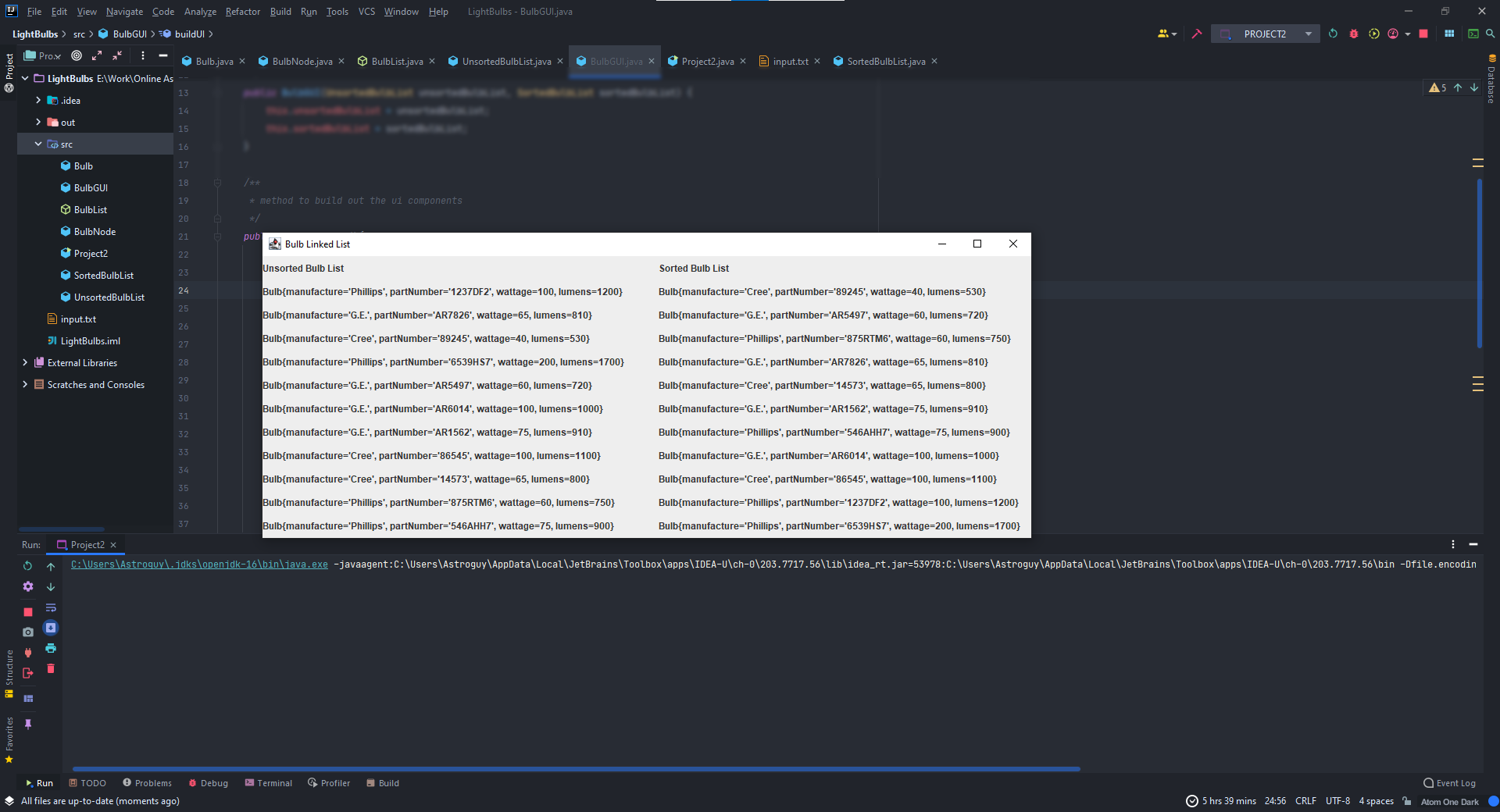 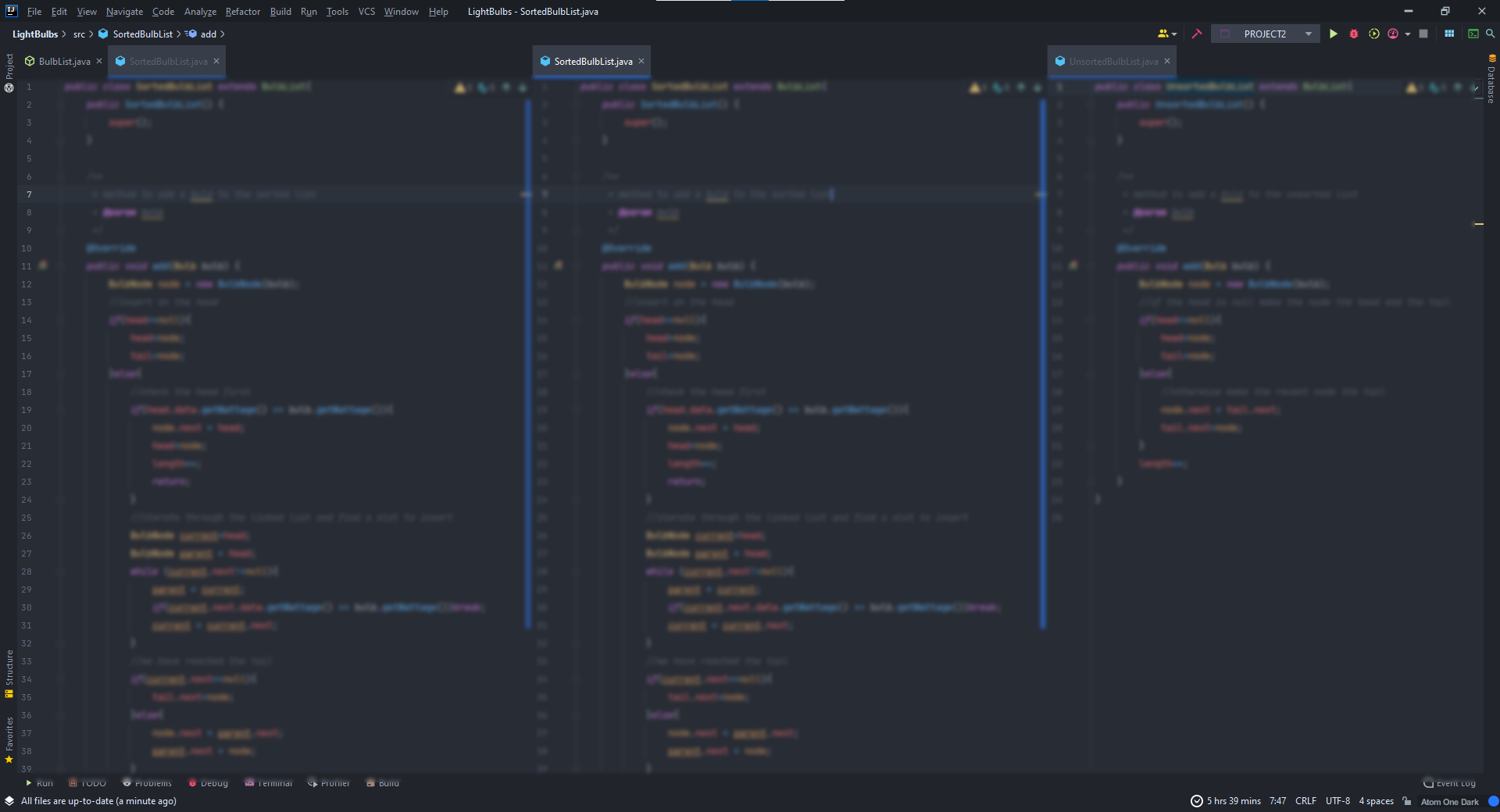 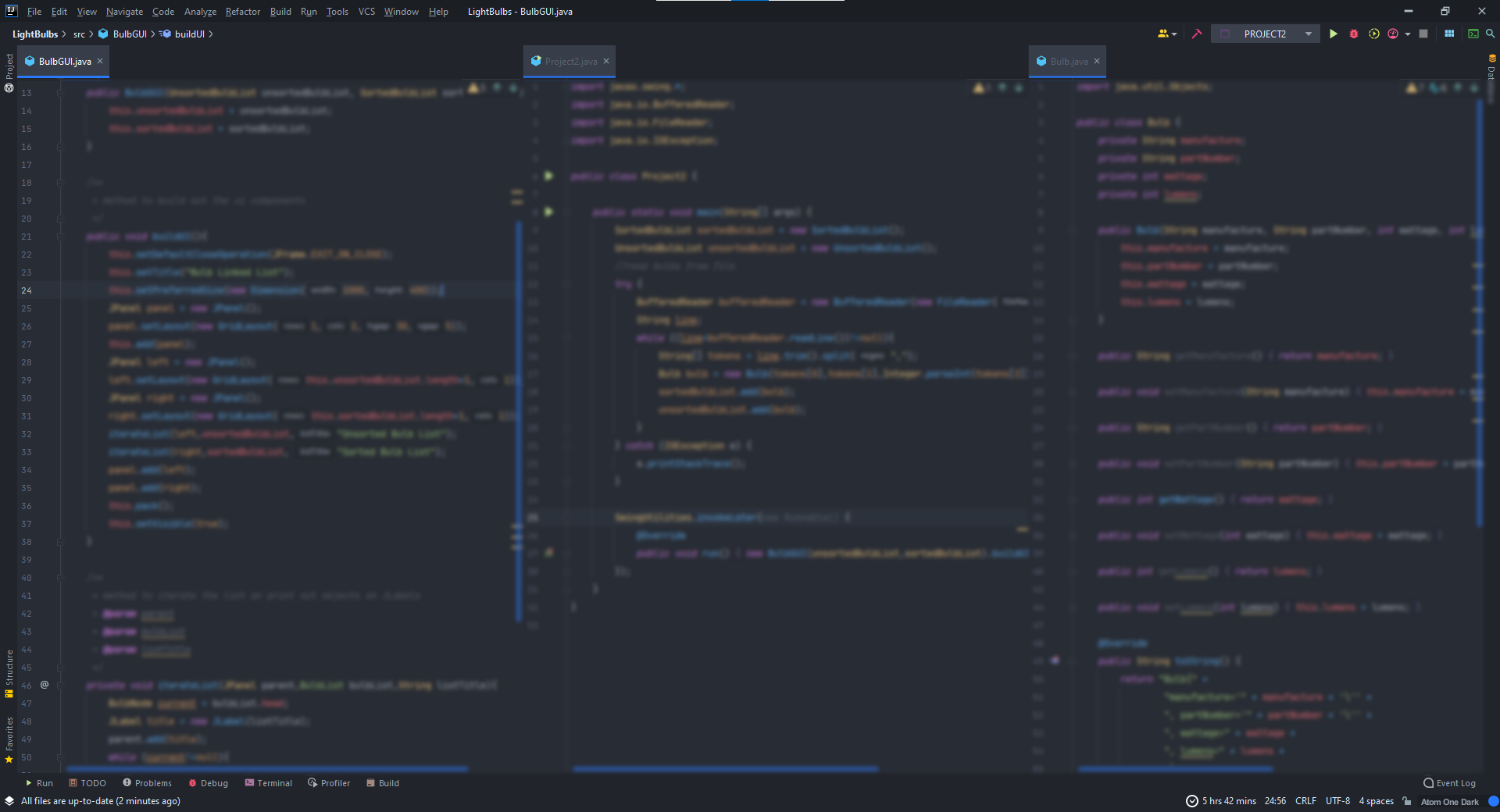